Why do we study social networks?

Definition from: http://en.wikipedia.org/wiki/Social_network: A social network is a social structure made up of a set of social actors (such as individuals or organizations) and a set of the dyadic ties between these actors. Social networks and the analysis of them is an inherently interdisciplinary academic field which emerged from social psychology, sociology, statistics, and graph theory.

From http://en.wikipedia.org/wiki/Sociometry: “Sociometric explorations reveal the hidden structures that give a group its form: the alliances, the subgroups, the hidden beliefs, the forbidden agendas, the ideological agreements, the ‘stars’ of the show”.

The SocialNetImporter extends the capabilities of NodeXL mainly with extracting data from the Facebook network. To install: 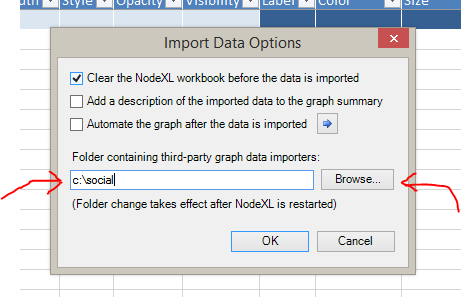 Because trust is not automatically reciprocated (Ann trusting Bob does not necessarily mean that Bob trusts Ann), the graph that we will build will be directed.

A directed graph implies that the edges (links) between two vertices (in our example, people) have a direction: A B. An example of a directional graph is Twitter. In Twitter, you can follow a person that does not follow you and vice-versa.

Open the vertices sheet and enter the name of the persons from the social matrix provided (above):

On the new NodeXL tab, define the graph as “directed”.

Click the “show graph” button for a visual representation of your graph: 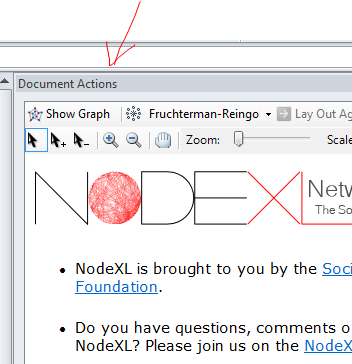 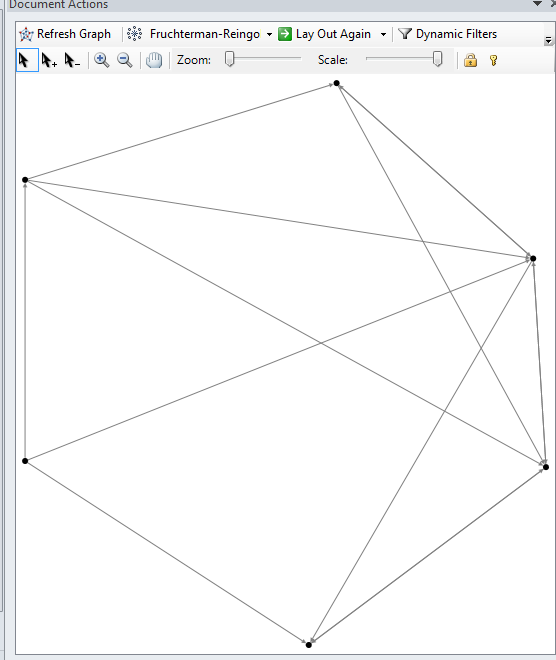 Copy the names in the Label column and refresh your graph to have the names displayed next to the vertices: 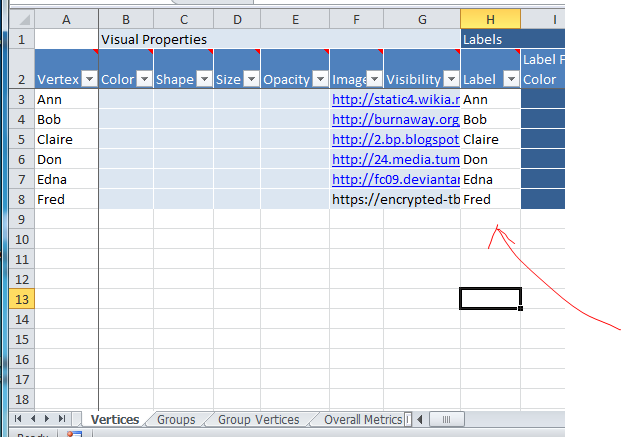 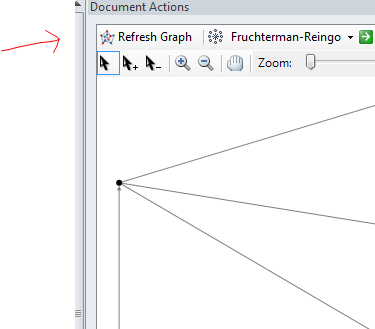 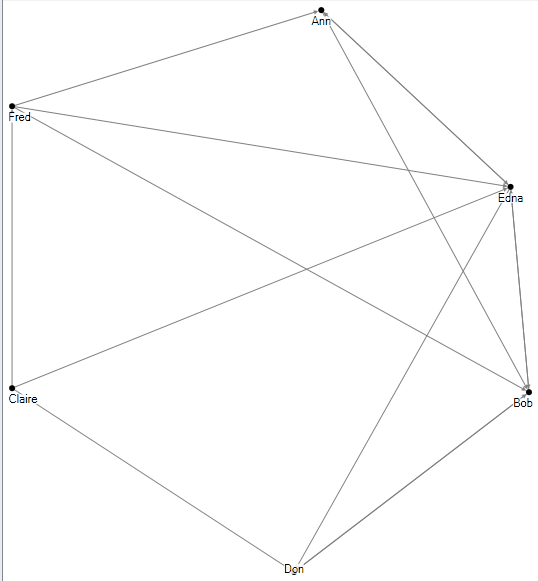 To replace vertices with images, copy and paste photo links (from Facebook profile photos or elsewhere) into the image column and define the shape (in the shape column) as “Image”: 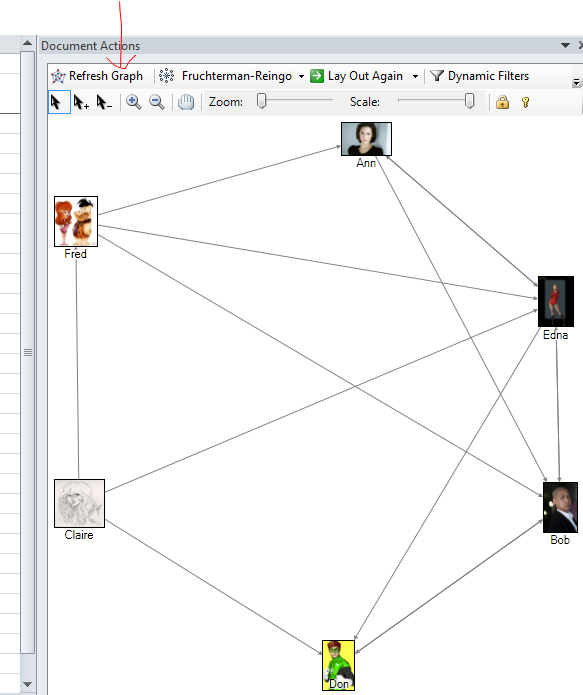 To calculate the metrics from the graph, go to the NodeXL tab and click on “Graph Metrics”: 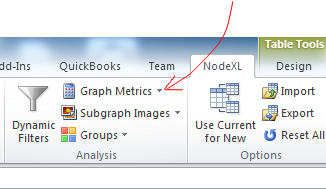 Click on the “Select All” button and “calculate metrics”: 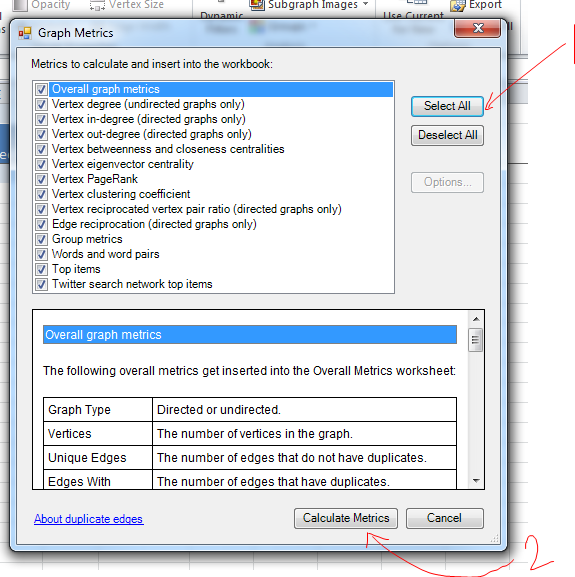 In the Vertices sheet, scroll the right to display the metrics columns:

how many pairs of individuals would have to go through the vertex in order to reach one another in the minimum number of hops?

What if it is not so important to have many direct friends? or be “between” others. Yet, one still wants to be in the “middle” of things, not too far from the center.

Eigenvector centrality is a measure of the influence of a node in a network. It assigns relative scores to all nodes in the network based on the concept that connections to high-scoring nodes contribute more to the score of the node in question than equal connections to low-scoring nodes

Katz and Page Rank Centrality are a median solution between degree centrality (shortest paths) and eigenvector centrality (all paths) as they measure the number of all nodes that can be connected through a path, while the contributions of distant nodes are penalized.